Italy has recently implemented a new law that prohibits all companies from funding manufacturers of anti-personnel mines, cluster munitions and

The ICRC has updated its checklist for the implementation of the Convention on Cluster Munitions (CMC). It helps States Parties

During the 74th meeting of the First Committee of the General Assembly of the United Nations, Ecuador and Madagascar have

States condemn continued use of cluster munitions in Syria

During the annual meeting of states parties to the Convention on Cluster Munitions (CCM), states have collectively condemned all use

The S&P500 is one of the oldest index funds around, and underlies many investment products. The index tracks the stock

Following pressure from the financial sector, Elbit Systems has confirmed its newly acquired subsidiary IMI Systems will be discontinuing its 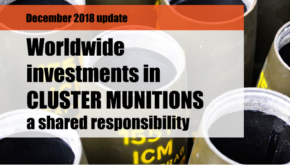 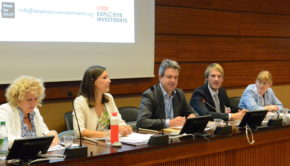 During the annual meeting of states parties to the Convention on Cluster Munitions (CCM), states have collectively condemned all use 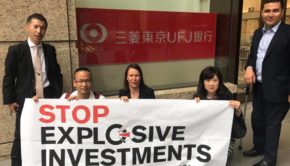 Four Japanese banks and insurance companies have stopped certain investments in producers making cluster bombs, according to reports today in