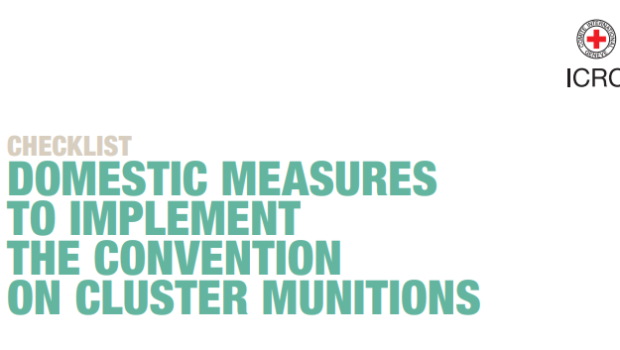 Article 9 of the CMC requires States Parties to prevent the actions prohibited under the Convention from being undertaken under its jurisdiction. To implement this provision, national legislation should prohibit anyone from using, developing, producing, acquiring, possessing, retaining or stockpiling or transferring cluster munitions.

Assisting, encouraging or inducing someone to engage in those activities is also prohibited by the Convention. The ICRC notes that “Investment in the development and production of cluster munitions may be included as prohibited conduct.”

The suggestion to prohibit investment parallels the Dubrovnik Action Plan, adopted by States Parties at the 2015 Review Conference to guide the implementation of the Convention until the 2020 Review Conference. Action 7.1 recommended in the Action Plan is to enact national legislation to implement the CCM and includes a call for States Parties to “consider enacting national legislation prohibiting investments in producers of cluster munitions”.

The ICRC recommendation and the Dubrovnik Action Plan reflect the broadly shared understanding among states that investing in the production of a banned weapons is a form of assistance with production and should not be accepted.

In 2010, the same year the CMC entered into force, the Oxford Commentary on the CMC noted that future state practice would need to clarify the interpretation of the scope of the prohibition of assistance. 10 years later, it has become clear that many states do indeed consider investment in the production of cluster munitions to be part of the prohibition on assistance. This is reflected by the unanimous adoption of the Dubrovnik Action Plan as mentioned above, but also by the fact that 11 states have adopted national legislation prohibiting investments in (producers of) cluster munitions and that at least 35 states have explicitly stated they understand the CMC’s prohibition on assistance to also prohibit investments.

Read more about investments in producers of cluster munitions and other prohibited weapons here.