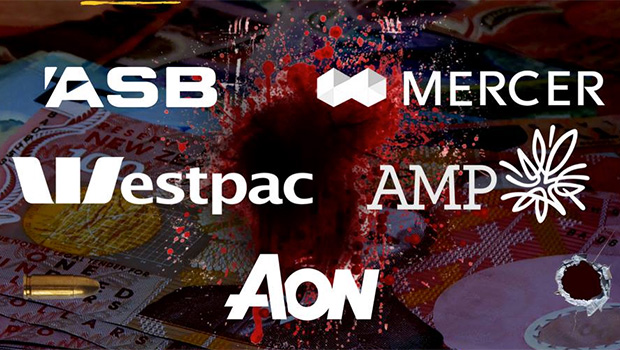 Member of Parliament for the Green Party in New Zealand James Shaw has accepted a petition supported by 16,000 concerned citizens calling on Commerce Minister Paul Goldsmith and Prime Minister John Key to tighten up the law around investments in land mines, cluster munitions and nuclear weapons. “It’s not okay to make money from companies making weapons that end up blowing kids’ legs off or leave our world more vulnerable to a nuclear catastrophe,” Shaw said.

The petition was started after the New Zealand Herald reported last August that many KiwiSaver fund managers had invested in companies that are excluded by the New Zealand Superannuation Fund for reasons of involvement with tobacco or controversial weapons. The article sparked wide public outrage that prompted many KiwiSaver providers to announce actions to disinvest or change their policies.

New Zealand is a State Party to the Convention on Cluster Munitions (CCM). Its 2009 Cluster Munitions Prohibition Act contains a prohibition on investment in cluster munitions. The law states that it is an offence for a person to provide or invest funds with the intention that the funds be used, or knowing that they are to be used, in the development or production of cluster munitions. The government has not specified how it ensure compliance with the disinvestment provision.

Journalist Bryan Bruce, who lead the petition campaign and delivered it to MP Shaw on 18 October said: “People feel very strongly about this. They didn’t only sign the petition, they also called and emailed their Kiwisaver providers, pulled their savings out of funds that had invested in bombs and landmines, and talked to their friends and families about doing the same.”

The petition offered to MP James Shaw calls on the government to introduce legislation to make it illegal for Kiwisaver fund managers to invest the savings of New Zealanders in companies involved in the manufacture of weapons, bombs, land mines and missiles.